The earliest known attempts to draw an official poverty line date from nineteenth century Britain and were driven by the need to ensure that children from poor families were not deprived of an elementary education.

The United Kingdom’s Elementary Education Act of 1870 sought to put all children aged 5 to 13 in school. But as parents were required to pay a small fee, the Act empowered the members of local School Boards to wave the fees “in the case of any child when they are of the opinion that the parents of such a child is unable from poverty to pay the same.” The Act specifically stated that this power was to be “most cautiously and sparingly used” but it still left School Boards with a problem. “No machinery that you could possibly invent,” said the chairman of the London School Board in 1887, “would enable you to say what each parent is able to pay.”

Nonetheless, local school boards made their judgements as best they could  and established what was in effect a ‘poverty line’ below which school fees need not be paid. Where that line was drawn varied from city to city and was usually kept secret “for fear that the Board would be cheated” if the cut-off point for paying fees were to become public knowledge.

Other problems faced by nineteenth century School Boards still face social scientists today: should income be measured before or after housing costs? What should be done about irregular or undeclared earnings? What adjustments needed to be made for larger families?

The School Boards’ struggles were the background to the work of the man generally credited with the invention of the poverty line – the Victorian philanthropist and glove-manufacturer Charles Booth. In his 1877 speech to the Royal Statistical Society, Booth presented the findings of a survey into the incomes of London’s poor. A ‘line of poverty’ set at 18 to 21 shillings a week, he suggested, would divide the people of London into those who live ‘in comfort’ and those who live ‘in poverty.’

At about the same time, the social reformer Henrietta Barnett was also attempting to calculate a minimum cost of living using ‘dietetic science’. Her clergyman husband Samuel Barnett used these calculations to propose a weekly minimum income required for a family of two adults and six children. This sum, it was stressed, was only to “maintain life” and allowed nothing for the “cheering luxuries which gladden life.”

At the turn of the nineteenth century the concept of the poverty line was advanced by the pioneering work of Seebohm Rowntree (of the famous Quaker family of chocolate manufacturers). Published in 1901, Rowntree’s ‘poverty line’ (he was the first to use the phrase) claimed to be “the first attempt to fix a poverty line on scientific lines.” Like Booth’s earlier attempt, it was based on a survey of the living conditions of working class families (in this case more than 10,000 families in the city of York, England) and aimed to establish the income needed to ensure “adequate nutrition and other essentials.”

All of these early attempts to define and measure poverty reflect a slow underlying shift away from the 19th century concept of pauperism and destitution and the vocabulary of laziness, fecklessness, shiftlessness, and drunkenness and moral failing — towards a 20th century concept of poverty associated with insufficient income which might well be the result of impersonal economic forces in an increasingly complex and industrialised society.

Other countries, notably Sweden, had begun experimenting with broader definitions of poverty in the 1960s and it was around that time that the concept of a relative poverty line began to gain ground.

The idea of defining poverty in a relative rather than an absolute sense is not new. More than 2000 years ago, Plato argued that it was neither moral nor wise to allow extremes of wealth and poverty to coincide and suggested that a wealth or ‘holding’ ratio of 4 to 1 was about the maximum that legislators should tolerate.

In the 18th century, Adam Smith famously defined poverty as the inability to afford “not only the commodities which are indispensably necessary for the support of life, but whatever the custom of the country renders it indecent for creditable people, even of the lowest order, to be without.” In the following century, Karl Marx found himself in rare agreement with the founding father of free-market economics, arguing that “Our needs and enjoyments spring from society; we measure them, therefore by society and not by the objects of their satisfaction. Because they are of a social nature, they are of a relative nature.”

In the 20th century, the liberal economist J. K. Galbraith argued that “people are poverty-stricken when their income, even if adequate for survival, falls markedly behind that of their community.” A few years later, a Republican response to a 1964 Council of Economic Advisers report argued that “No objective definition of poverty exists. The definition varies from place to place and time to time. In America as our standard of living rises, so does our idea of what is substandard.” This echoed the statement that year by another conservative economist, Rose Friedman, who wrote that “If the trend in growth of real income of the past 35 years were to continue … one of its manifestations will be a rise in what is regarded as the standard of poverty…. All groups will continue to share in economic progress and the people then [at the end of the twentieth century] labeled poor will have a higher standard of living than many labeled not poor today.”

By the early 1960s, sociologists and economists like Victor Fuchs in the United States and Peter Townsend in the United Kingdom were arguing that official poverty lines should explicitly recognise that poverty in today’s wealthy nations is a relative concept – both proposing that national poverty lines be drawn at 50% of national median income, with Fuchs arguing succinctly that “today’s comforts and conveniences are yesterday’s luxuries and tomorrow’s necessities”.

The next defining moment came at the end of the 1970s when Townsend, a Professor at the London School of Economics and a co-founder of the Child Poverty Action Group, published his monumental 1200-page study ‘Poverty in United Kingdom’.  Here for the first time the fixed poverty standard was abandoned in favour of a relative definition that has been central to poverty studies and poverty measurement ever since:

“Individuals, families and groups in the population can be said to be in poverty when … their resources are so seriously below those commanded by the average family that they are in effect excluded from ordinary living patterns, customs, and activities.”

The influence of this formulation was enormous. It is clearly visible, for example, in the definition of poverty adopted by the European Union in 1984 which states that the poor are:

“persons whose resources (material, cultural, and social) are so limited as to exclude them from the minimum acceptable way of life in the Member States to which they belong”.

Townsend also pioneered the use of non-monetary indicators to measure relative poverty. Drawing up a list of items and opportunities that “no one should be without” he conducted surveys to find out what proportion of the population lacked such items. On the Townsend scale, anyone lacking three or more of the items on the list was to be considered poor.

The Townsend scale has since been developed and refined. For the UK’s Breadline Studies of 1983 and 1990, for example, researchers Stewart Lansley and Joanna Mack introduced the idea of ‘the enforced lack of socially perceived necessities’ – meaning that at least half the population should agree that an item was so necessary that “no one should be without.”  More recently still, the UK’s 2006 Poverty and Social Exclusion Survey attempted to reflect social norms more accurately by weighting each item on the ‘deprivation list’ according to the proportion of the population already owning the item.

Following the enlargement of the European Union from 15 to 27 members in 2004 and 2007, it has become increasingly clear that the headline poverty rate – based on the percentage living in households with incomes below 60% of each nation’s median income – could not adequately reflect the much broader range of actual living standards prevailing across the EU’s much more diverse membership.  Some other indicator was also needed to stand alongside relative income poverty.

Combined with other concerns about measuring incomes, this led to the adoption of two new poverty measures based on the direct measurement of material deprivation across the 27 EU members. The first measures what proportion of the population in each country can be considered ‘materially deprived’ – defined as being unable “to possess the goods and services and/or engage in activities that are ordinary in the society or that are socially perceived as ‘necessities.’”

In practice, this meant being unable to meet 3 or more of the following  nine criteria:

·        Able to afford one week holiday away from home each year

·        Able to pay for arrears of mortgage or rent, utility bills or hire purchase instalments

·        Able to afford a meal with meat, chicken or fish every second day

In 2009, an experimental module on children’s living conditions was included in the European Union Survey on Income and Living Conditions. 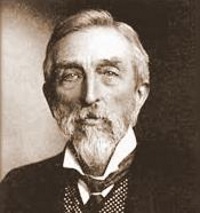