So pleased with the Audiobook version of The Kennedy Moment that I had to get in touch with the narrator . . .

As a regular listener to audiobooks, I was delighted to learn that Audible.com was planning an audio version of The Kennedy Moment. But also a little nervous. Having been closeted with my characters for almost two years, I knew their voices and knew, too, exactly how each line was delivered. How could it not be a shock to hear somebody else’s completely different interpretation?

My first thought was to listen to some of the narrators in my own audio library and email Audible with a couple of suggestions. But while happily entertaining this idea, I received an email from the Audible Studio Author Care programme welcoming me to the fold and informing me that The Kennedy Moment would be narrated by Adam Sims. They would be happy to pass on any particular concerns I might have about the narration of the book.

I spent a couple of hours writing a long memo for Adam, drawing his attention to the fact that the five main characters are from five different countries. And that was just the beginning. Michael had to come across as a buttoned-down New Englander, Toby’s Australian accent had been largely but not entirely lost, Seema’s Pakistani rhythms had been unmellowed by twenty years in New York, Hėlène’s Canadian English retained slight traces of Québécois French, and my Marxist historian from a minor aristocratic background and an English public school had cultivated an estuary accent not dissimilar from Tony Blair’s. I imagined Adam rolling his eyes.

To illustrate the way in which a narrator, or at least this particular narrator, goes about re-creating a novel as an audiobook, I quote here his thoughtful email more or less in full (and with his permission).

On my probably over-fussy memo, he had this to say:

Unfortunately, we finished up recording the book the week before. In addition to feeling a bit of frustration about this (what an opportunity for me to get your thoughts! Authors rarely get in touch with us, even though I’m hired to interpret the whole of something they’ve spent months or years crafting), I also read it with a certain amount of nervousness, hoping that we had headed down the right road in telling your story.

In preparing a book I read slowly and deeply. The beautiful corners and shadows of both your narrative and characters made collecting all the necessary details and impressions so simple; Toby’s use of Aussie vernacular; Michael’s habit of counting off his debate agenda on his fingers; the presence of a 2-4 in Hélène’s parents fridge (most American’s would not know what a 2-4 refers to. Only in Canada! A subtle, perfect detail). Even without your letter in advance of the recording, I’m certain we moved in a direction that was all clearly laid out by you.

Accent is always a concern, and further to that is a character’s voice; a tonal choice, certainly, but also the importance of what they say and why they say it. Again, without your letter – Hélène Hevré I made lightly French Canadian; I found I couldn’t deny her being francophone with a name like that. For Seema, I went towards honouring more of the place of her birth and less her time in America, but hopefully also included the breadth of her education and life experience. I maintained a bit more of Stephen’s aristocratic pomposity, while keeping in mind the clearly marked nod to his estuary ambitions; Blair was a great reference, and I always thought George Osborne did a decent job of sounding ridiculous too as he dropped the ends of his words in certain speeches. Toby, I think, did end up being more Aussie than necessarily implied in both the book and your notes.

In the end I went for clarity. When characters meet and talk as much and as importantly as your five do, pushing their voices and accents towards the deeper reaches of their personal history allows me to keep them vocally clear and distinct. The contrasts are handy. I hope this means a listener will never lose track of who is speaking and I, in turn, never risk losing their attention in telling your story.

I was struck by just how human a story it is, from the millions of lives at risk to the quiet, intimate dance of uncertainty that Seema and Michael perform. For me, the plausibility of the narrative lies in all five of them risking what they value. By the time they fully face the stakes, we know the fabric of each of their lives, their loves, disappointments, ambitions, habits, addictions, etc. They are ready to collude. I was right there with them. I love your book. It deserves a wide and large audience. I wish you all the best for the release on Feb 22.

Just over a week later, Audible’s Author Care programme emailed me an excerpt of the audiobook for my website.

I admit to being anxious when I clicked ‘play’. And indeed it was a strange experience listening to my story and its characters re-created by another’s voice. And yes, it was all very different from how it had sounded in my own head over the many hours staring at those same words on my laptop. But the differentiation of the characters’ voices, the changes in pace, the often subterranean emotional drama, and the awareness of what I hoped were some of the book’s subtleties – were all there in Adam’s compelling nine hour narration. No bias, obviously.

Getting back in touch with Adam to express my appreciation, I asked if he got to choose which novels he narrates. “Not really,” said an American voice that was now spookily familiar as my own authorial voice in the book. “I’m the last in the line. First I hear of it is when the book lands in my in-box and my reaction is usually ‘Great. It’s some work’.”

Often, the work comes via Adam’s London-based agency, Voice Squad, whose catalogue lists him as ‘Male, Assured, Bright, Character, Corporate, Warm, Witty, Young, American, London’, adding ‘Fresh & husky mid-tone. Great age range, good comic timing & ear for accents.’ Despite an impressive list of credits for film, stage, TV and radio, freelancing is a precarious business – “So when a book comes along, you tend to take what you’re given. The studio where we will record, or the publisher, will usually have a say in who narrates which book. Obviously they’re going to narrow it down by age, gender, accent, and then think about ‘rightness’ for the particular book. They’ll know the material and have an idea about who they think will match well with it. There’s been a huge Renaissance in spoken word content which is released in many formats, whether podcasts or documentaries or audiobooks. In audiobooks every genre is covered, from erotica to accountancy manuals and everything in-between.”

“I approach narrating a novel much as I would approach a play or a film script, which means first having a really detailed knowledge of the text. So I start by reading slowly and deeply. I also make two different lists on my iPad: list one is a summary following the narrative arc; list two is a series of notes about anyone who says anything anywhere in the text – even a character like a waiter who may have only have one line. As well as my own voice notes, I also note down anything the text has to say about how each character speaks.”

Audiobooks used to be put together on a more relaxed time scale, appearing sometime after the printed version of the book. But the preferred schedule now is to have all versions – hardback, e-book and audiobook – launched at the same time. So deadlines can be tight. In Adam’s case, the recording schedule usually runs at “about 100 to 110 pages a day, perhaps as few as 85 if it’s something like Henry James. Then the gig is – the producer says ‘go’ and I start to read. When I make a slip, or if I’m not satisfied, I go back and start the sentence over. On the other side of the glass, the producer marks the point in the script so the editor can scroll through the sound file and edit out the mistake. Either that or we stop, roll back, listen, and then I drop in again at the right place.”

When I get a book like The Kennedy Moment I know on first reading that it’s going to be a dream to narrate. It just shines off the page. It’s such a beautiful book that my job is just to let it do what it does. Narrating it, I was very aware of how patient the build-up is, and how not a word is wasted. I also knew that I could narrate the story in quite a flat, unemotional way because the tension is there building up in the text like a slowly unfolding film where you don’t know which way the chips are going to fall but you do know it’s going to be a big deal and you do know you’re going to stay with it all the way.”

Modest to the end, Adam insists on pointing out that “I start with what’s in front of me. You start with a bare canvas.” That may be true in one sense, but a narrator starts with an empty sound file and the potential to lift a novel into a thoroughly satisfying listen or to undermine it by unsympathetic pacing, tone, emphasis and character-creation through accent and voice.
From a listener’s point of view, all this is so important that I have sometimes searched for a new audiobook by entering the name of a narrator rather than an author. If that sounds extreme, listen to Timothy West reading Trollope (I have listened to him reading almost all of Trollope, over 300 hours of narration) or Ari Fliakos reading The Nix (I now find it hard to imagine Nathan Hill’s wonderful novel without Fliakos’ re-creation of it). Again, no bias at all but I have now added the name of Adam Sims to my list of the all-time favourite narrators.  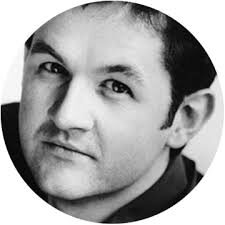 Adam Sims, who narrates The Kennedy Moment for Audible.com