When we put together the first issue on our dining table, using galleys and Cow-Gum and Letraset, we could not have envisaged a 500th issue more than 45 years later.

We were in our mid-20s. We were very ignorant about the world. And very certain that we had the answers to all its problems.

I cringe to think of the arrogance of youthful years. But there were two things that I think we did get right.

The first is that there was indeed a demand for a truly unafraid, independent magazine which took as its subject, as we put it back then, ‘the people the ideas and the action in the struggle for world development’.

The second was that we took very seriously the common opinion that a magazine on this subject could not survive on its own in the marketplace – that it would last for a year or two at most. And we realised that, to survive, we of would have to commit ourselves to putting as much emphasis, energy and ideas into the less exciting tasks of marketing, administration, and financial planning and forecasting as we were doing into the editorial side of the NI.

We were all committed to those tasks, but they were in the main handled in those early years by people like Eric Rix and Lesley Adamson and they are a fundamental reason for the N Is survival.

Today, the NI is a far, far better product than it was in those days. And to an audience such as this I don’t think I need say anything about the continuing need for it in today’s information world.

But I would just like to say this. Great as the challenges of those early years were – and there were many times when the Ni almost went under – they are not as great a challenge as the challenge the NI faces today in a completely different information environment.

To respond to this challenge – and keep the magazine and all its many related activities on a sound financial and administrative basis today – the New Internationalist is responding with a bold and radical change of its own – pioneering a new kind of community-owned media company owned by its readers and supporters.

Because at a time when we are threatened by a kind of climate change in the information environment, a time when economically powerful vested interests – be it the Murdochs or the Mercers – are attempting to change the very axes of what we consider normal and acceptable and truthful, and at a time when it seems that there is so little that we as individuals can do … the NI Community Share Offer is a rare opportunity to act, to make a stand, to make a difference – and to help ensure that the voice of the NI , the values it stands for, and its focus on the people the ideas and the action in the struggle for a fairer world – continues to be heard for the next 40 years.

Back to New Internationalist 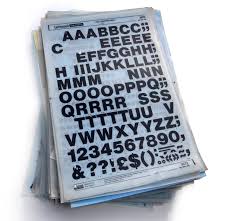