When we put together the first issue of the New Internationalist on our dining table – using scissors and paste and type cast in hot metal on linotype machines – we could not have envisaged a 500th issue more than 45 years later.
We were in our mid-20s. We had not been outside Europe. Were very ignorant about the world. And very certain that we had the answers to all its problems. I cringe sometimes to think of the callow arrogance of those years. But I’d prefer to dwell tonight on two things we got right.
First, we were right that there was a demand for a truly independent publication about, ‘the people the ideas and the action in the struggle for world development’.
The second was that we realised that other similar ventures from the 1960s and early 1970s had failed because almost all the enthusiasm and commitment had gone into the editorial side of the task with too little effort being devoted to the less glamorous tasks of marketing and financial planning and constructing a sound business plan.
We were all committed to those tasks, but they were in the main handled in those early years by people like Eric Rix and Lesley Adamson, and later by other very talented people who straddled the jobs of editing and marketing and business planning. This that is a big part of the reason why the NI is still here all these years later.
Today’s NI is a far, far better product than it was back then. And to an audience such as this I don’t think I need say anything about the continuing need for it.
But I would like to say this. The challenges of those years – and there were many times when the Ni almost went under – are not, I think, as great as the challenges that the NI faces today.
But in one sense the challenge is essentially the same – the challenge of getting the right underlying business plan to enable the NI to keep on doing its job.
And that is why tonight the New Internationalist is responding to today’s new challenges with a radical plan to change its own structure, pioneering a new kind of media company owned and controlled by its readers and supporters.
That is what the Community Share Offer is all about.
I hope you will support it. And I hope you will use all of your contacts and influence to encourage others to do so.
Because – at a time when we face a kind of climate change threat to our information environment, at a time of fading hopes that the internet might decentralise and democratise control of information, at a time when powerful vested interests are attempting to change the very axes of what we consider normal and acceptable and truthful and fair, and at a time when it seems there is so little that we as individuals can do – the NI Community Share Offer is a rare opportunity for individuals to act, to make a stand, to make a difference – and to ensure that the voice of the NI, the values it stands for, and the service it still gives to ‘the people the ideas and the action in the struggle for a fairer world’ – continues to be heard for the next fifty years. 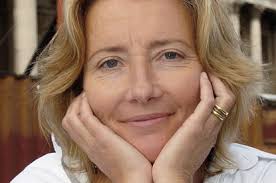