At sixty, still immortal, I walked

these hills, stood by the imaginary

gulped in the universe at a single breath,

bowed my head to that day of days,

the servant of all I surveyed. 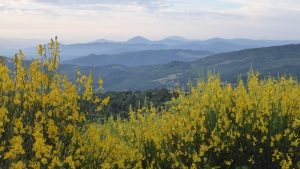 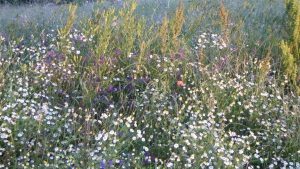 A note on Monte Pagliaiolo

Monte Pagliaiolo (pronounced pallia-iolo) is the name of a hill, part of the massif of Monte Favalto, standing to the West of Citta di Castello in the Tiber Valley. ‘Pagliaiolo’ means the one who cuts or sells hay and still today there are a few open stretches from which grass and wildflowers are occasionally harvested for sale to herbalists.

Our family has often walked over the summit of Pagliaiolo, enjoying the wild acres of yellow-scented broom and dog-rose and the spectacular views towards the Tiber and the Apennines (see photo above). But lovely as it is, Pagliaiolo is just one hill among thousands and its name is not known even to many who live in nearby towns and villages. So I was surprised to suddenly come across a reference to it in an obscure Government of India document about the Italian campaign of World War II (which I was reading because my father had been with the 8th Army as it fought its way up Italy following the Anzio landings of January, 1944).

In The Tiger Triumphs – The Story of Three Great Divisions in Italy, published by His Majesty’s Stationery Office for the Government of India (1946), I learned that this peaceful hill had not always been so tranquil. And I learned, too, of a young man who died here, five thousand miles away from home.

In 1944, Monte Pagliaiolo was part of the ‘Gothic Line’ of defences ordered by General Kesselring in an attempt to halt the Allied advance up the Italian peninsula.

On the morning of June 11th, Pagliaiolo was stormed by Ghurkhas of the 2nd Battalion of the Royal Sikh Regiment. When their advance was blocked by mortar and machine gun fire, twenty-one year-old Sepoy Kartar Singh launched what the record describes as “a valiant individual attack, silencing three enemy positions and killing five Germans before himself falling, fatally wounded.”

Sepoy Singh won the Indian Order of Merit for his bravery.

When I entered the name Kartar Singh into the website of the Commonwealth War Graves Commission, I found that more than 200 Indian soldiers of that name had died in World War II, a harrowing reminder of the enormous contribution made to the war effort by soldiers from India, Pakistan, Bangladesh and Nepal. In total, 2.5 million soldiers from the sub-continent fought with the Allies in 1939-45 war, 2.3 million of them volunteers. Sepoy Kartar Singh was one of more than one million Indian soldiers who served in Europe, North Africa, and the Middle East. And one of over 87,000 who never returned home.

By the morning of June 14th a cross-section of the United Nations had assembled in this wild spot.

The same account goes on to tell the extraordinary story of what happened after the assault on Monte Pagliaiolo in which Kartar Singh lost his life.

By that evening the Sikhs had also taken Monte Favalto, a mile to the south of Monte Pagliaiolo and, at 1070 metres, the highest peak in the area (and another favourite walk). From here, the Fourth Indian Division faced a seemingly insuperable problem that was solved by what was described as “one of the most remarkable improvised engineering enterprises of World War II.”

The story, as told in The Tiger Triumphs continues:

“It was necessary to devise a route on which supplies and support weapons might be brought forward. The construction even of a jeep track across the broken and precipitous ground to the north … presented exceptional difficulty, yet a way had to be found to reach the lateral road between Arezzo and the Tiber valley.

A line which disdained obstacles was drawn on a map. The route chosen crossed a boulder-strewn valley, traversed deep clefts, climbed cliffs and burrowed through heavy forests. The first survey estimated ten days as the minimum period for construction. There were not ten days to spare.

By the morning of June 14th a cross-section of the United Nations had assembled in this wild spot. Detachments of Central India Horse provided covering parties in the woods on the crests of the ridges. Italian labour companies plied pick and shovel. British sappers drove bulldozers. Canadian engineers supplied explosive squads which dealt with boulders and rocky outcrops. Bombay and Madras Sappers and Miners laid the road. For twenty-eight hours they blasted rocks, rooted out stumps, reared retaining walls and eased out the hairpin bends. On the next afternoon (June 15th) the first wheels went through, followed by tanks. Before the track was open Major Patterson of Central India Horse, accompanied by a sapper officer, manhandled a jeep to within two miles of Palazzo di Pero, and completed the journey on a collapsible parachutist motorcycle.

Thus by high audacity and gruelling toil “Jacob’s Ladder” came into being. The story of its building was bruited abroad throughout two armies, and when His Majesty the King* visited Italy he asked to be driven over it.”

* For security reasons King George VI travelled under the code name ‘General Collingwood’. Today, as far as I can find out, Jacob’s Ladder has become the Strada Provinciale della Rassinata, the quiet, scenic, minor road from  Palazzo del Pero to Volterrano, skirting the south-western slopes of Monte Favalto. 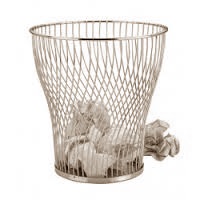