This book review was originally published in February 2016 by Other News, a daily English and Spanish news service which aims to provide readers with “news and opinion that they will not find in their local newspapers.”

When UNICEF Executive Director Jim Grant died at the end of January, 1995, The New York Times mourned the passing of “one of the great Americans of this century.” Amid a flurry of other tributes, Nelson Mandela wrote to say that “his death is a great loss to each and every needy child in this world” and Chinese Premier Li Peng added that Jim’s death “was an irretrievable loss to the children of the world.”

And then – nothing. The world moved on and Grant’s achievements sank back into the common clay of progress. And this despite the fact that this was a man whose extraordinary efforts had saved the lives of tens of millions of children around the world. Only now, with the publication of Adam Fifield’s biography A Mighty Purpose is the Jim Grant story beginning to take its place in the history of humanitarian achievement.

A message from Gates

Five years after Grant’s death, a few of his close colleagues responded to an invitation from Richard Jolly, the British development economist who had for many years served as Grant’s deputy at UNICEF, to contribute essays to a commemorative book. The result – Jim Grant – UNICEF visionary – sold modestly for a few years, helping to keep alive the memory of the man and his achievements.

Ten years later, while researching the history of vaccination efforts, Bill Gates came across a copy of the book, by that time long out-of-print. There he read for the first time the story of the man who had led a fifteen-year campaign to lift child immunization rates from around 15% to over 70% world-wide. That year, in his annual letter to colleagues and followers around the world, Bill Gates wrote:

Suddenly, people around the world were asking ‘Who was Jim Grant?

One of those who knew the answer was New York based writer Adam Fifield.

While working at the US National Committee for UNICEF, Fifield too had happened across an old copy of “Jim Grant – UNICEF visionary“.  And he had exactly the same reaction as Gates – “How was it, I wondered, that I was just now learning about someone who had so profoundly altered the course of recent history, who had shattered the idea of what is possible and impossible in the fight against poverty?”

Perhaps because Fifield had young children of his own, he saw what Jim Grant’s work must have meant to so many parents around the world. And his commitment to make the Jim Grant story known was born.

Now began three years of interviewing and corresponding with over 80 of Jim Grant’s former colleagues, and some of his critics, as Fifield began piecing together the story. The result is A Mighty Purpose – How Jim Grant Sold the World on Saving its Children. Neither a comprehensive biography nor a formal history of Grant’s tenure at the UN Children’s Fund, A Mighty Purpose is a selective accounts of the ambitions, judgements, gambles, crises, people and relationships that made the Jim Grant years so tumultuous for UNICEF and so significant for the children of the world.

For those who to this day have never heard of Jim Grant, the bare bones of the story can be quickly sketched.

In 1980, when Grant was appointed to head UNICEF, approximately 14 million children under the age of five were dying every year in the developing world. The majority of those deaths were caused by just five or six common diseases. often in conjunction with poor nutrition.  For each of those diseases, proven means of prevention or cure were available and affordable. They simply had not been put into practice on the necessary scale. Vaccine-preventable disease, for example, was killing 4 or 5 million children a year; yet only 15% of children were being immunised. Diarrhoeal disease was killing another 3 million a year when cheap oral rehydration therapy could prevent most of those deaths at almost negligible cost.

These were the basic facts that Grant never allowed to stray from the centre of his sights. And his aim was simple in concept; it was to put the available low-cost solutions into practice on the same scale as the problems. Gone were the days of projects and programmes that reached out to a few hundred children here and a few thousand there. The grand plan that Grant put before a shocked UNICEF, was that the organisation should lead a ‘child survival revolution’ that would reach out to all the children of the poor world and reduce child deaths by at least 50% in ten years.

A Mighty Purpose tells the story of what turned out to be fifteen years of sustained focus on this breathtakingly ambitious goal.

Woven around this central strand of the child survival revolution are the stories of many other emergencies and crises to which Jim Grant’s UNICEF had to respond during those same years:  the tragedy of Cambodia’s killing fields; the great Ethiopian famine in 1984; Operation Lifeline Sudan in 1988. In the hands of a less storyteller, such dramatic events would have distracted from the main narrative of the struggle to bring about the child survival revolution. But what makes the book all of a piece is Fifield’s focus on how Jim Grant brought the same qualities to bear on the disparate goals and challenges that UNICEF faced – the undimmed determination, the outrageous opportunism, the refusal to bow to the ‘impossible,’ the constant search for ways to ‘end run’ seemingly insuperable problems.

Gradually, as the story unfolds through successes and setbacks, the scale of achievement begins to emerge.

By the time Grant’s fifteen years at UNICEF came to an end, immunization rates world-wide had risen from below 20% to more than 70%, saving the lives of more than three million children a year. Over the same time, the number of children being crippled by poliomyelitis fell from 400,000 a year to under 100,000 a year. Almost unheard of in 1980, oral rehydration therapy was by 1995 being used in some form by between a half and two thirds of all the families in the developing world – saving at least a million young lives annually. Iodine deficiency, the world’s major cause of mental retardation, was close to defeat after 82 of 90 developing countries with iodine deficiency problems had been persuaded to pass new laws requiring the iodization of all salt. Seventeen developing countries, including some of the largest, had all but eliminated Vitamin A deficiency and the deaths, disease and blindness it had visited on so many millions of their children.

For the most part, Fifield maintains the proper stance of the objective biographer and is at pains to include some of the criticisms that inevitably accompanied an attempt to galvanise governments and the UN bureaucracy itself into action on such an unprecedented scale. But the book is all the better for the fact that Fifield’s admiration for the man and his achievements shines through ever  more clearly as the book reaches its conclusion:

“Over the course of 15 years, he had defied every doubter in the most extraordinary way. He had tapped the potential of the UN as no one else ever had. He had unlocked a whole new realm of possibility in health and international development. He had shown that poor children did not have to die in mass numbers. He had mobilised the entire world to take better care of its young citizens.”

Nor, thankfully, does Fifield attempt to screen out the emotion as he describes the day the Jim Grant story came to an end on that January day in 1995 in the small hospital at Mount Kisco, Westchester County:

“On that day, in jungle hamlets in mountain villages, in cacophonous slums and sprawling refugee camps, on worn concrete floors and under roofs thatched of rice straw and banana leaves, in clay brick homes, on rutted, red dirt roads, and on scorching swaths of sand, children cried and screamed and sang and giggled and toddled and ran and fell and got back up and climbed on their mothers’ laps and pulled their siblings’ hair and gazed out in the wonder of the big, bright world that swirled around them. Millions of boys and girls whose lives were reclaimed, who stories were allowed to continue, who were not mourned or grieved or buried, but instead were loved and held and fretted over and scolded and prepared for the challenges of living, of surviving, all because of a man they had never met and whose name they would likely never know.

In short, A Mighty Purpose is the biography and the epitaph that Jim Grant’s life deserves. A wonderful story, wonderfully told. 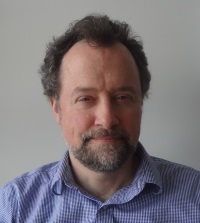